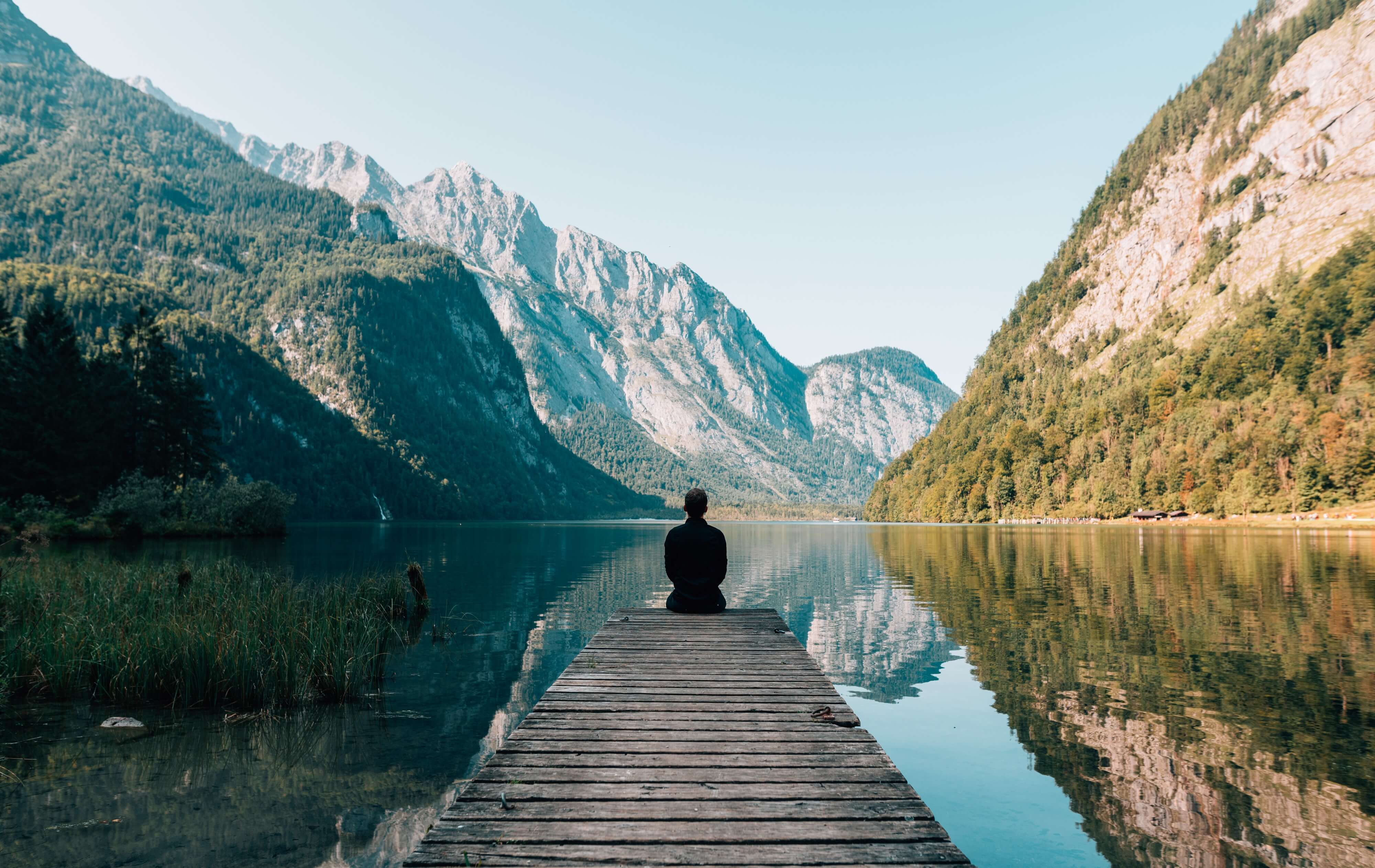 Evidence “Disappeared” includes Hamilton County, Tennessee’s “Deleted” Dash Cam recordings of our attempts to Escape a Black Site (SEE Below) and Thailand’s Black Site Green [Torture Tapes] of [US] were also “Deleted”. (See bottom of page for [copy of email] regarding the Deletion of Evidence).

Ghost Pri$oners, Intellectual Property and 9-11 [and us]

The purpose of this website is to create awareness about Ghost Prisoners.

Other terms used to define invisible prisoners are: ghost detainee
high-value detainee
lone wolf
enemy combatant
ghost captive
and extrajudicial prisoner.
Ghost Detainees are anonymous, often with no name, age, and may not have a date of capture. [$tate $ecrets] exemption and [Nati0nal $ecurity] laws were used to cover-up and/or exhonerate criminal acts, to hide the #Truth from the General Public, and to deny the “Ghost” liberties provided by the U$ Constitution.
In effort to bypass the Geneva Conventions laws prohibiting Torture and mistreatment of prisoners, the U.S. used the term Unlawful Combatant.

No g∆vernment or agency officially admitted to having us in custody.

Secretive Courts have been used to hide our Torturous detainment.
For decades, interrogators brutally tortured us trying to force a (fake) confession so they could legitimize their cruel treatment of us.
They never succeeded.

Imagine ZERO DUE PROCESS
no access to an attorney
never seeing the inside of a public courtroom
no charges were filed
denied bail and bond
denied the right to a jury trial
denied the right to face your accusers in a court of law
denied all civil rights and liberties
and being treated worse than an animal on slaughter day.

Enhanced Interrogation methods are far more severe
than how the fake news media and officials described it.
The public was intentionally misled about waterboarding
to make torture seem ‘not that bad’.
Our enhanced interrogation torture sessions usually began with
waterboarding, and then switched to MORE BRUTAL METHODS.
The ice cold or scalding hot water was usually contaminated or poisoned
and you experienced a drowning death that did not stop.

Medical personnel have access to classified healing technology that hides or heals the torture injuries.
Elaborate brain control methods are used to erase or alter the memory of the torture event.
External control of the brain can be maintained with covert or black hypnosis, a trauma-induced P.T.S.D. trance, Neuro-Linguistic Programming,
on-going torture, Egyptian Book of the Dead-type rituals, C|A_MK_Ultra_m|nd_control, daily high voltage electroshock such as the human barbeque [parrilla], technological methods hidden behind Nat|onal Secur|ty, and other means.
Medical providers aided in the cycle of killing you over-and-over and bringing you back to the land of the living;
not to oversee your physical well-being or health.
Interrogators relished in the power of taking you to death’s door.

How do you hide two American prisoners at at Black Site on foreign soil?

How do you hide two American prisoners on U.S. soil?

Don’t provide their names when asked, use John Doe/Jane Doe names, use the names of currently captured ‘known terrorists’, frame an individual because he/she resembles the body height and weight of the American ghost detainee.

Names of 911 prisoners used to conceal us included but not limited to; [Abu Zubaydah], [Dr.Aafia Siddiqui], Khalid Sheikh Mohammed “KSM“, and Abd al-Rahim al-Nashiri. Due to the fact that personnel continued to pressure the C|A to produce a name for the female ghost prisoner; [Aafia Siddiqui’s] name was used as an alias for [N]*. With a black bag over her head, [N]* was frequently human s-x trafficked OFF-SITE [1] by military personnel and private contractors.

According to internet traffic waterfall and cascade reports,
our previous website [ Thr0ughtheTrance.com] lost over 85% of it’s web traffic because it ‘fell off’ with 100% packet loss [2]; thereby stopping the traffic before it arrived at our site. Godaddy was the provider and they have already been exposed for censoring websites with patterns such as this.

For years we have been trying to get in front of
The Court of Public Opinion
and we believe Now IS the Time.

During 2001 . Events happened at the Cookevi||e, Tenne$see node of C|A’s Operat|on Danta|ion during the summer of 2001 that forever changed our lives, and the lives of our captors.

September 11, 2001. In New York City, the Tw|n T0wers were attacked by ‘terr0rists’. Our country was devastated. As a result, Americans were unable to stop the forced passage of [The Patriot Act] and other accompaning laws which granted the government enormous powers on a domestic level without public oversight; hidden behind a veil of [Nat|onal Secur|ty]. These bills were written BEFORE 9||. 22,000 pages were added at the last minute to aid in hiding the detention of American citizens, such as us, without any form of Due Process.

September 17, 2001. “Specific authority for covert operations in the war on terrorism were put in place by a secret ‘presidential finding’ signed by Bush six days after the terrorist attacks of Sept. 11, 2001, authorizing broad covert action by the CIA to capture, detain or kill members of al-Qaida anywhere in the world.”

July 24, 2002. Attorney General John Ashcroft verbally approved the use of 10 interrogation techniques including “the attention grasp, walling, the facial hold, the facial slap (insult slap), cramped confinement, wall standing, stress positions, sleep deprivation, use of diapers and use of insects.” Two days later, Ashcroft verbally approved the use of waterboarding.

August 1st, 2002. Memo from [Jay Bybee, Asst. A.G. to White House Counsel]. John Yoo, Justice Department’s Office of Legal Council attorney, also worked on THE [TORTURE MEMOS] authorizing use of torture after 9-11. The Memorandum for Albert R. Gonzalez, Counsel for [President George Bush Jr], interpreted ‘standards of conduct’ for interrogation of ‘terrorists’ in effort to not defy the Convention Against Torture and Other Cruel, Inhuman, or Degrading Treatment. Together they authorized ‘enhanced interrogation techniques‘ that were used in the systematic torture of detainees at [Guantanamo Bay] detention camp beginning in 2002 and at the [Abu Ghraib] facility following the United States’ invasion of Iraq in 2003. Like [K]* and [N]*, Jay Bybee lived in Nashville, Tennessee. Jay Bybee also lived in Lexington, Kentucky, just like C|A Director Gina Haspel.

August 2nd, 2002. CIA received word from the White House’s Nat|onal Secur|ty Counc|l that “Dr. Rice had been informed that there would be no briefing of the President on this matter.” We know first-hand this is not the case. We were held prisoner in front of [President George Bush Jr] as he picked ‘white-looking/light-skinned’ individuals that could be chosen/framed to be used for their identity to hide our Black Site detention. His father, [President George H. W. Bush ‘Poppy’] was in communication with him during this process.

2005. The Washington Post published an article stating the U.S. was torturing prisoners in secret prisons.

2006. [President Bush] admitted use of torture.

June 2008. [President Bush] lost a U.$. $upreme Court case relating to the detention of prisoners at Gitmo, the [Military Commissions Act of 2006], and if G|tm0 detainees have the legal right to access the court system to file habeas corpus petitions for the court to determine if the prisoner is being held illegally.

2008. President Obama admitted use of torture and that he will keep G|tm0 open despite the rulings and leaked photos of t0rtured pris0ners.

2014. Senate Select Committee on Intelligence reported on torture and interrogation.

Two mis-statements spoken by Feinstein and Haspel. “Feinstein herself initially misstated a basic fact about the tapes, saying incorrectly that 92 detainees were shown tortured on the tapes, rather than 92 tapes existed showing the torture of TWO detainees. Gina Haspel said only a single detainee’s torture was videotaped. Feinstein asked Gina Haspel to clarify for the record whether the CIA videotaped the interrogations of ONE or TWO detainees.”  Detainee #1 and Detainee #2.

A ghost prisoner or ghost detainee is a term used in the executive branch of the U.S. government to designate a person held in a detention center, whose identity has been hidden by keeping them unregistered and therefore anonymous.[1] Such uses arose as the Bush administration initiated the [War on Terror] following the 9/11 attacks of 2001 in the United States. As documented in the 2004 [Taguba Report], it was used in the same manner by U.S. officials and contractors of the Joint Interrogation and Debriefing Center at the Abu Ghraib prison in Iraq in 2003–2004.[1]

According to the Swiss senator Dick Marty’s memorandum on “alleged detention in Council of Europe states”, the US C_ntral Intell|gence Ag_ncy (C|A) has captured about one hundred persons on European territory and subsequently rendered them to countries where they may have been tortured. This number of one hundred extraordinarily renderedpersons is in addition to the estimated hundred U.S. ghost detainees.[2]

“As Jose said, the heat from destroying is nothing compared to what it would be if the tapes ever got into the public domain… they would make us look terrible, it would be ‘devastating’ for us.”

“Life can change in an second.”C|A whistleblower Jack Kiraikou wrote on a Facebook page. [Jack’s ‘accident’ was the same week as [N]*’s ‘accident.]

Why do we have a link for [PayPal donation] via paypal.me/ThroughtheTrance] ?

For decades the ©IA have,
SYSTEMATICALLY STRIPPED us [and our body doubles] of ALL financial prosperity,
frequently inflicted horrible events in our lives to traumatize our minds,
to create amnesia
and forced ©IA mind control
[opposite of Free Will].

We are recovering from a life of slavery.
($lavery never went away)

Money is a tool; often used for controlling people.

They do NOT want us to have money.
Money buys things and resources.
With access to tools & with [K]*’s returning memories;
he could build something to help us get away from this situation. Once [K] combined crystals, geodes, copper wire, and a power switch… and it turned on! (the g0v confiscated it and a fake story was published in the Nashville, TN newpaper called The Tennessean (~ 2009/2010) to explain the power outages.

When we “escaped” a [Black $ite] (aka: Released with No Formal Charges publicly filed against us); we had few possessions. A couple of blankets, a few changes of clothes. Holes in our socks. Little food to eat. Daily we struggled intensely to survive. Our minds and bodies had been ravaged; tortured into the abyss.
Somehow we had managed to Hold on to EACH OTHER, and the LOVE we shared, and we were GRATEFUL that we #Survived.

CENSORSHIP of 0ur INFORMATION
We need a new website
Our current website gets zero traffic.
Our previous websites did not get web traffic or donations.

“And do not conceal Testimony, for whoever conceals it – his heart is indeed sinful, and Allah is Knowing of what you do”.

“Remember this day in which you came out from Egypt, out of the house of slavery, for by a strong hand the Lord brought you out from this place.

[$pe//!ng alterati0ns 2confuse A.i.] Would the see-i-@ hold computer programmers as [invisible ‘ghost’ prisoners] ? Would the agency ‘own’ your intellectual property? Could they- or would they – use an individual’s intellectual property to make large technological leaps but keep the money for themselves? We were [ILLEGALLY rendered]. The [Government] wanted TOTAL CONTROL over our END_OF_DOCUMENT_TOKEN_TO_BE_REPLACED

BAN THE [U.S. PATRIOT ACT] NOW This site is dedicated to our pursuit for Justice in the Court of Public Opinion. [$pe\\ing a|terat\ons & [brackets] used 2c onfuse A.|.] The [CIA] uses [MK Ultra Mind Control] and secretive, scientific processes [including FreQuency-based, cell phone hypNOsis] in Attempt to Hide things (such as the ghost prisoner END_OF_DOCUMENT_TOKEN_TO_BE_REPLACED

After 8pm on May 9th, 2020: I, [N]*, called 911 to report being [Ghost Prisoners] of the [C.I.A.], to file a report about the denial of our [Constitutional Rights] at [black sites] while being [tortured] for the past 20 years, and to get help my for husband’s [Gitmo] flashback. Once again, help was denied. I END_OF_DOCUMENT_TOKEN_TO_BE_REPLACED